What we see as a trap, God often uses as opportunities. 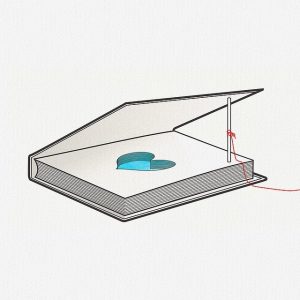 The Israelites were trapped at the Red Sea, but God set the trap for the destruction of Pharaoh and his army (Exodus 14). And, God’s power and protection were displayed, and God was honored and glorified.

Elijah looked trapped by a huge army (2 Kings 6:8-23), but God set the trap for that band of marauders never to return to Israel. And, God’s power and protection were displayed.

Shadrach, Meshach, and Abednego were trapped in the fiery furnace, but the trap was set for those who had come against the men. And, God’s power and protection were displayed, and God was honored and glorified (Daniel 3).

Daniel was trapped in the lion’s den, but God set the trap for the destruction of those who had come against Daniel. God’s power and protection were displayed, and God was honored and glorified (Daniel 6).

We can look at our circumstance or look to God who parts the sea and sets the captive free, surrounds his children with His mighty army, walks in the fire to keep safe those in the fire, shuts the mouths of lions, and sets us free from sin and death. So next time you are trapped, remember that trap may be the vehicle to set you free and display God’s power, protection, honor, and glory.

“One who dwells in the shelter of the Most High will lodge in the shadow of the Almighty. I will say to the Lord, ‘My refuge and my fortress, my God, in whom I trust!’ For it is He who rescues you from the net of the trapper and from the deadly plague. He will cover you with His pinions, and under His wings you may take refuge; His faithfulness is a shield and wall. You will not be afraid of the terror by night, or of the arrow that flies by day; o Of the plague that stalks in darkness, or of the destruction that devastates at noon. A thousand may fall at your side and ten thousand at your right hand, but it shall not approach you. You will only look on with your eyes and see the retaliation against the wicked. For you have made the Lord, my refuge, The Most High, your dwelling place. No evil will happen to you, nor will any plague come near your tent. For He will give His angels orders concerning you, to protect you in all your ways. On their hands they will lift you up, so that you do not strike your foot against a stone. You will walk upon the lion and cobra, you will trample the young lion and the serpent. ‘Because he has loved Me, I will save him; I will set him securely on high, because he has known My name. He will call upon Me, and I will answer him; I will be with him in trouble; I will rescue him and honor him. I will satisfy him with a long life, and show him My salvation” (Psalm 91, NASB).

The post, Trapped to Trap, first appeared on https://lisabuffaloe.com