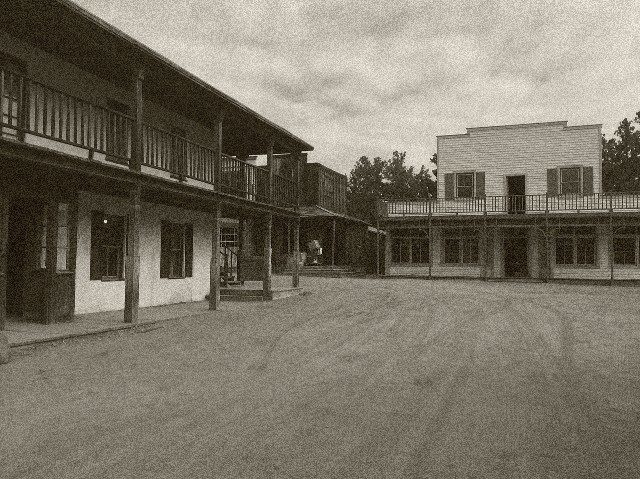 Two men hatched a plot and bought the abandoned building on Main Street. They didn’t talk to anyone, just went to the building in the morning and left late at night.

Across the street, old-timers on the front porch of the General Store, watched and wondered what the two strangers were doing day-after-day in secret.

One night when the stores and bank were closed, a boom shook the small town. People ran to see what happened. Dust and debris filled the air and a huge crater now stood next to the bank.

Screams and desperate yells came from the pit. The two strangers, covered in sewage, tried to claw their way out of the nasty, slimy hole they had created. The men thought they had tunneled to the bank and dynamited the vault, but instead blasted open a concrete sewage tank.

One of my older relatives chuckled as he told the story from years ago in his small town. Crime definitely didn’t pay in this instance.

Sin also doesn’t pay. The devil makes many promises, even makes sin look like a sure-fire way to get what is wanted. But, just like these unfortunate criminals, sin only leaves a slimy mess.

“Evil people fall into their own traps; good people run the other way, glad to escape” (Proverbs 29:6 MSG).

Fortunately, the grace of God reaches down to rescue those trapped in their pits of sin. “For God so loved the world that He gave His only begotten Son, that whoever believes in Him should not perish but have everlasting life. For God did not send His Son into the world to condemn the world, but that the world through Him might be saved” (John 3:16-17 NKJV).

For those who call to His Son, Jesus Christ for help, His merciful love washes away the repentant sinner’s stains and leaves them white as snow.

“In Him we have redemption through His blood, the forgiveness of sins, according to the riches of His grace” (Ephesians 1:7 NKJV).

“For we do not have a High Priest who cannot sympathize with our weaknesses, but was in all points tempted as we are, yet without sin. Let us therefore come boldly to the throne of grace, that we may obtain mercy and find grace to help in time of need” (Hebrews 4:15-16 NKJV).