I gazed at the photograph of the Japanese woman in traditional dress. Her face serene, body relaxed and calm, she sat facing a well-tended garden. I envied her. How did she have such a look of tranquility?

Serene and calm seemed out of reach. Not understanding what kept me wound tight, I prayed and begged God, desperate for Him to wrestle the restlessness out of me. I discovered some of the issues came from a vitamin deficiency and hormone changes, and God graciously showed a few areas that needed His truth.

Yet, something remained that continued to irritate. God is not a God of confusion but of peace, so what was bringing this restless confusion? Then in hit me, we live in enemy territory. Satan is out to steal, kill, and destroy. Peter warned us the devil prowls around like a roaring lion seeking someone to devour. Paul said to put on the full armor of God so we can stand against the schemes of the devil and the spiritual forces of darkness.

Our struggle isn’t against flesh and blood. That’s it! Most of my restless, internal struggle was coming from external forces. I had forgotten the enemy and let down my guard. I needed to draw my sword of the Spirit to use against Satan and his schemes.

Jesus said the truth will set us free, and His truth is the key to freedom. When confused about something, restless about something, run to God and seek His wisdom. Nothing that troubles you is greater than God. No scheme of the enemy is greater than God. Put on your armor, take up your shield of faith, use your sword of the Spirit, and stand firm on the truth of His word.

“Be of sober spirit, be on the alert. Your adversary the devil, prowls around like a roaring lion, seeking someone to devour.” ~ 1 Peter 5:8 (NASB)

“Let be and be still, and know (recognize and understand) that I am God. I will be exalted among the nations! I will be exalted in the earth! The Lord of hosts is with us; the God of Jacob is our Refuge (our High Tower and Stronghold). Selah [pause, and calmly think of that]!” ~ Psalm 46:10-11 (AMPC) 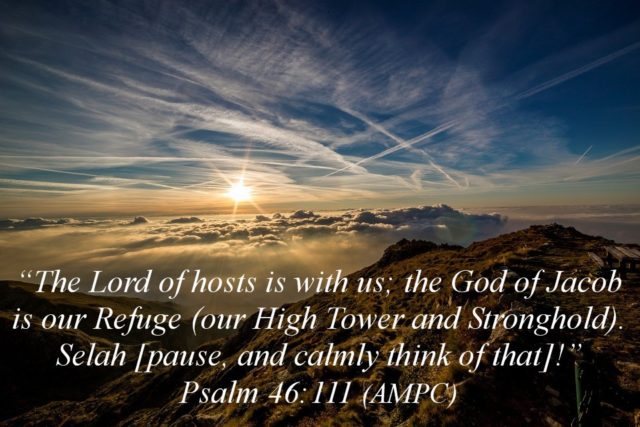