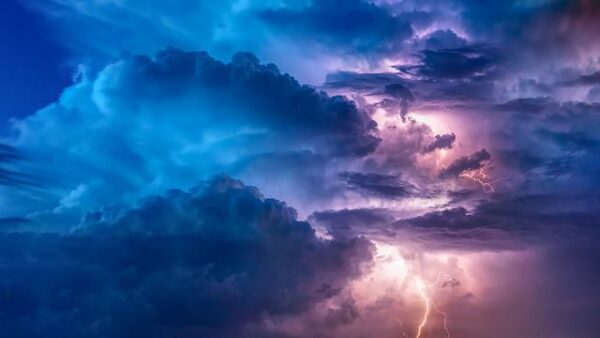 Why all the suffering and pain? As we become Christians, why aren’t we immediately rescued from the troubles of this earth?

Jesus told His followers to go, tell, and make disciples of the nations (Matthew 28:19). If we are gone, how could we go, and who would tell others about Christ?

We are told to comfort others with the comfort we are given by our merciful God (2 Corinthians 1:3-5). If we never suffered how would we know how to give comfort?

Paul and Silas were beaten and thrown in prison. What if they had never been jailed? Prisoners wouldn’t have heard them singing praises to God, they wouldn’t have seen the power of God as the prison shook and cell doors opened, and the jailer and his whole household would not have been saved (Acts 16:22-31).

What if Paul had not spent any time in prison? Would we have his beautiful treasure-trove of letters written to the early churches?

If Paul had been rescued from prison in Rome, the whole praetorium guard would not have heard the message of Christ. He wrote “I want you to know, brothers, that what has happened to me has really served to advance the gospel, so that it has become known throughout the whole imperial guard and to all the rest that my imprisonment is for Christ. And most of the brothers, having become confident in the Lord by my imprisonment, are much more bold to speak the word without fear” (Philippians 1:12-14, ESV).

If Joseph had never been sold in slavery and imprisoned, how many people would have died from famine?

If the early church had not been persecuted and driven from their homes, would the gospel have spread throughout the known world?

Believers in China face terrible opposition, yet a Chinese Christian wrote, “Instead of focusing our prayers against any political system, we pray that regardless of what happens to us, we will be pleasing to God. Don’t pray for the persecution to stop! We shouldn’t pray for a lighter load to carry, but a stronger back to endure! Then the world will see that God is with us, empowering us to live in a way that reflects his love and power.” ~ Brother Yun[i]

My sweet friend, Marlyn, died from pancreatic cancer. Yet before she went home to the Lord, she boldly proclaimed Christ to her doctors, other patients, friends, family members, and even strangers.

The early believers prayed for boldness, courage, and fearless confidence. They prayed for those who persecuted them, prayed when they were attacked and driven from their homes. Persecution scattered the believers, and they scattered the good news. Opposition merely became opportunities to continue sharing. Suffering was seen as a blessing and they rejoiced that they were counted worthy to suffer. They didn’t make what happened to them bigger than the message of Christ. Their faith was dangerous to the kingdom of darkness, and their faith resulted in glorious results for the Kingdom of God.

God’s ways are not our ways. God wishes none to perish without Him, and He will send His children around the world to be His hands and feet to share His eternal message of grace and love. Christ’s followers are driven from their homes, experience storms, shipwrecks, prisons, illness, and hardships without number, yet through their suffering how many lost sheep around the world hear of our Savior, Jesus Christ?

May we trust that whatever happens, God is in control and His plans are bigger than we can see. Pray for boldness, pray for courage, pray to be led by the Holy Spirit to spread the good news of Jesus Christ.

Heavenly Father, thank You that You are a loving God. Thank You for Your salvation. Thank You that You desire all people to be saved. Help me to be bold and courageous. May Your Holy Spirit lead me to walk in Your ways, read Your word, and no matter what happens while on this earth, to share with others the good news of Your grace, mercy, and salvation through Your precious Son, Jesus Christ. Amen.

The post, His ways are not our ways, first appeared on lisabuffaloe.com